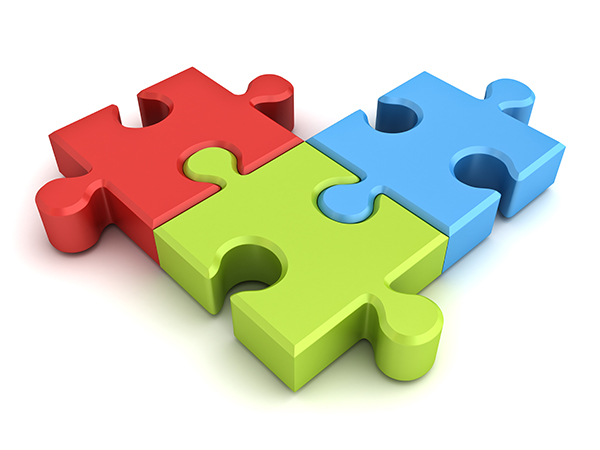 Doesn’t it just drive you mad when people say ‘it depends’ when you ask them something?  Wouldn’t you just rather they said ‘I don’t know’ if they don’t really know?  But that’s my answer to the question about the difference between an Osteopath a Chiropractor and a Physiotherapist. Sorry.

I can shed some light on it though.  Firstly, I’m trained as an Osteopath and so that’s the only one of the three that I’m an expert in.  The knowledge I have about the other two professions is mainly through talking to Physiotherapist and Chiropractor friends.  That’s one of the things that may surprise you about us.  We’re often friends and when we talk to one another it becomes very clear that the similarities between us are much greater than the differences.

The reason that I say ‘it depends’ is really because the differences only become clear when you start to look at individuals within each profession.  I’ll explain in a moment.

So, straight to the similarities.

We’re all Regulated Healthcare Professionals.  You’ve probably heard of the General Medical Council (GMC) or the General Dental Council (GDC).  They’re basically organisations who protect the public.  They watch over the professions, make sure the training is up to scratch, check that people’s skills are up to date and remove from the register anyone proved to be in breach of the guidelines.  For me it’s the General Osteopathic Council that does all of that and has a register with all of us on.  I’m number 5536.  Check it out here. www.osteopathy.org.uk

What other similarities?  The Osteopaths and the Physiotherapists are also Allied Health Professionals working within and alongside the NHS to improve people’s health.  Some of us work in multidisciplinary pain clinics or in GP surgeries although that’s usually dependent on funding decisions in local areas.

The basic training for all of us is also similar.  We cover all the expected ‘ologies’ – Physiology, Embryology, Pathology, Neurology, Psychology.  Then there’s Anatomy, Nutrition and Biomechanics.  It’s no wonder that there’s 4 years of full time training at least.

There are differences too.

The three professions have developed from different roots.  Early in the history of Osteopathy was the idea that the major influence on good health and good function of the body was its blood supply.  Osteopaths treated on the basis that if they could enhance blood flow to all the organs and structures of the body, good health would follow.  Makes sense doesn’t it?  On the other hand, early Chiropractors took the view that the nerve supply was the thing to work with.  They argued that spinal misalignment would lead to impingement on nerves supplying those same organs and structures.  They saw treatment to release pressure on nerves as the way to go.

Now this was a long time ago and both professions have developed way beyond these early ‘belief’ systems to the type of education and training already described.  And in any case the thing that often gets missed is that all blood vessels need a nerve supply in order to function.  Similarly, our nerves need a blood supply.  So, does it really matter exactly how and why a practitioner might intervene to promote good health?  The point is that a reasoned intervention is made.

What about the Physiotherapists, where do they fit in?  Their historical development has taken place largely within the medical system, often with a referral from a doctor with a diagnosis attached and a request to help ‘fix’ for example, a knee or a hip through massage, exercise and advice.  Often the referral would be specifically for one area of the body and it would be difficult within the system for an individual practitioner to take a broader or ‘holistic’ view of their patient.  This is much less likely today with Physiotherapists like Osteopaths being defined as ‘first contact practitioners’ where a diagnosis can be made without initial contact with a doctor and a more global look at the patient is possible.

So which should I choose?

Here’s the thing.   The real differences between us all lie with the way people treat, the length of appointment, the techniques that are used, whether we manipulate joints or focus on more gentle approaches.  What many people don’t realise is that this often isn’t to do with which profession you’re in.  It’s to do with how you’ve developed as a practitioner and how you prefer to work and what kind of clients you enjoy working with.  I’m an Osteopath and yet I know that there are others in my profession whose approach is vastly different to mine and some Chiropractors and Physiotherapists who are more similar to me.    A practitioner might be easy to get to in your local area, so that makes things simpler.   Find out if your friends or family have seen someone and would recommend them.  That often works.  Or you could phone the practitioner, ask them how they work, what kind of techniques they use, whether they often work with people like you.  That should help you decide.